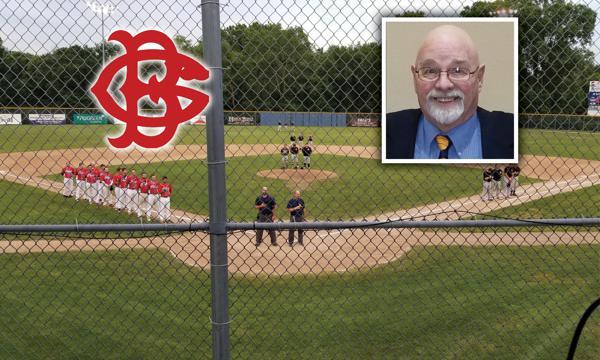 Bruce VandenPlas Retires After 48 Years In Baseball
Posted on Oct 28, 2019

After almost five decades of coming to the ballpark needing to write out a lineup or set up a concession stand, Green Bay Storm General Manager Bruce VandenPlas has decided that the next time he attends a game it will be simply as a fan. At the end of the 2019 season, the founder of the Storm stepped away from the organization he started in 2004 and into retirement.

Bruce began his coaching career in 1971 in the Babe Ruth youth league of Green Bay. There, he worked with two men who would have a great impact on his baseball life: Huibert VanVeen and Barney DeGroot.

When speaking of how these two influenced him, Bruce said, “They were hard working but most of all showed me how to really care for the kids. The baseball stuff was easy, it was the learning how to handle kids that was the hardest and those two men were terrific at it.”

With Barney's retirement in 1975, Bruce received his first head coaching opportunity, taking over DeGroot's Babe Ruth team. Around 1984, he took the reigns of the Green Bay Southwest and Bay Port combined Southport Legion baseball program and also became the District Legion Representative to the State Legion Association. He coached the legion team until 1994.

Bruce was named the head coach of the Green Bay Southwest High School baseball team in 1992 and held the position until retiring before the 2000 season. The Trojans claimed one Regional Title under his leadership but the most visible legacy he left behind remains under the cleats of the school's baseball players.

Running with an idea from the school's previous coach, Dan Peterson, Bruce and a group of parents, one of whom was a contractor, began the process of building a baseball field on campus.

“The parents and everyone were unbelievable,” Bruce said about his “phenomenal” fan base of support that helped get the project started and kept it going until its completion.

Recognizing his efforts with this undertaking, Southwest Principal Donald Jensen wanted the field to bear Bruce's name. And so, the baseball field behind the high school building is known as VandenPlas Field.

As just one of the many people who put in work to get the field built, Bruce recalls, “It was an unbelievable, humbling experience,” to have the field named after him.

In 2003, Bruce was asked by a group of players he had previously coached if he could put together a team for them to play on after their high school and legion eligibility ran out. The Green Bay Storm was born and began play in 2004. Playing their home games at VandenPlas Field, Bruce stepped back in to the dugout of the field that he built. He managed the team for five seasons before relinquishing his on-field duties.

With a career in baseball spanning almost 50 years, Bruce has had hundreds of boys and young men play for his teams. One of those being his own grandson.

“You coach all these kids through all these years and then all of a sudden your grandson is eligible to play for you.”

“It's been an experience playing for my grandfather's organization,” Tim said. “[He's] been developing me into a much better player and...positive force on the Storm.”

Away from the baseball field, Bruce was a firefighter/paramedic for the Green Bay Fire Department for almost 28 years, retiring in 2000. He has taught at UW-Green Bay for the last 20 years while also getting to showcase his vocal talents as the radio play-by-play announcer for the Phoenix women's basketball team for 18 years.

After being so heavily involved for most of his life, some might think it would be hard to take the relatively hands-off approach of a fan but Bruce looks forward to more “family time” in retirement. He has a daughter in Iowa he plans to visit more often, grandchildren playing ball he would like to watch, and two great-grandchildren he looks forward to spending time with.