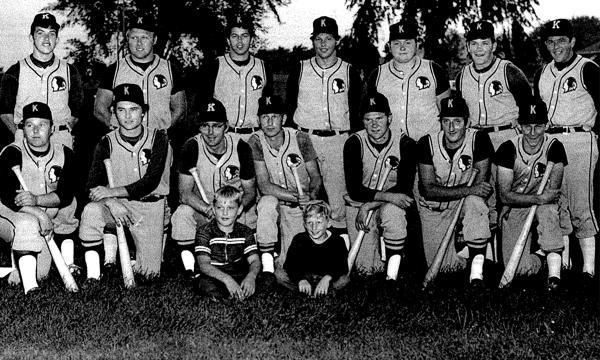 In April 1971, after decades of being known as the Manitowoc County Baseball League, it was suggested that the name no longer fit, as the league had expanded to include teams from Sheboygan and Kewaunee counties. A committee was appointed to come up with a new name for the league. At the league's Annual Meeting in 1972, the committee presented three names for deliberation. After a vote, the league was renamed and began the 1972 season as the Shoreland Baseball League.

The early years of the newly named Shoreland League were dominated by the Two Rivers Bears and Howards Grove AC's. Two Rivers won the league championship each year from 1974 to 1977 and that was followed by Howards Grove collecting seven consecutive titles.

The first two seasons under the Shoreland League name, however, belonged to the Kewaunee Chiefs. In 1972 and 1973, the Chiefs were crowned league champions and put together a total overall record of 42-11 while going 30-4 against Shoreland teams.

The Chief teams of the 60's and 70's were a close-knit group known for having a good time off the field regardless of the results on it. 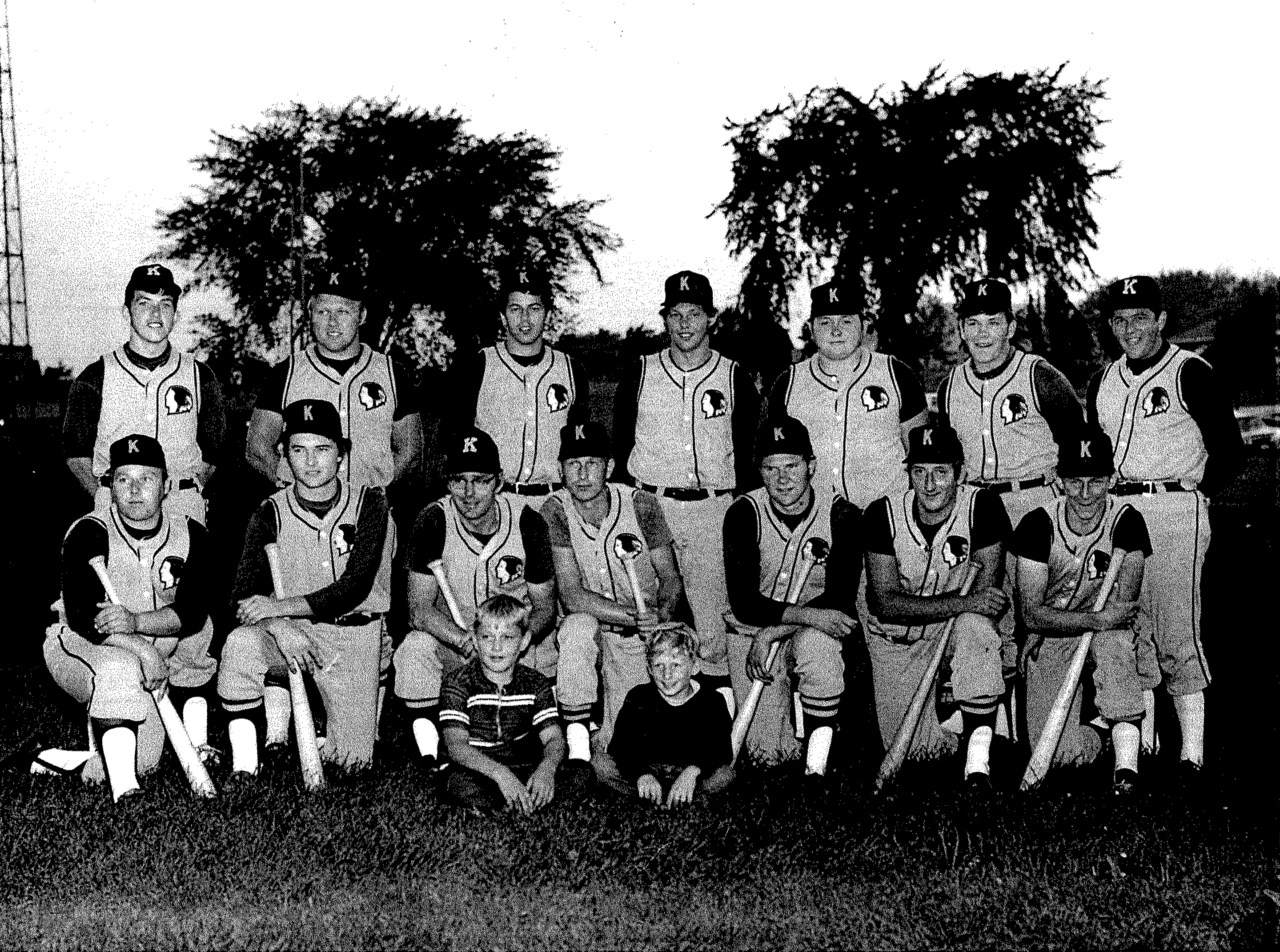 Those Chiefs were led by 2019 Shoreland League Hall of Fame inductee Jim Doden. Doden had assumed both general manager and field manager roles in 1965 while Kewaunee was playing in the Cherry League. The team joined the Manitowoc County League in 1969 and played in both leagues for a few seasons.

“The main thing was that we had a group of good baseball players who loved the game and, more importantly, loved being together. We had great times together, win or lose,” Doden remembers, thinking back on the '72 and '73 seasons

Those thoughts were echoed by Bill Shaw who joined the Chiefs in 1965, while he was still in high school, and played until the mid-1980's.

“We took it [seriously] but we never forgot...friendship and having fun.”

Having fun is easy when you are winning. And winning is easier when you have a team deep with talent.

“We could hit, and we could pitch...we could score runs,” recalls Shaw.

“We had a solid team with some good baseball players,” Doden said, “and maybe we won a few more than our share of games that we played.”

First baseman, Bob Fameree, remembers his time playing for the Chiefs as the best years of his life, surrounded by great teammates who were quite talented on the diamond.

“We celebrated and I think we drank more beer after the game and had a good time when we got beat. You could throw the nine names into a hat and pick them out and that was your batting order...all nine could hit.” 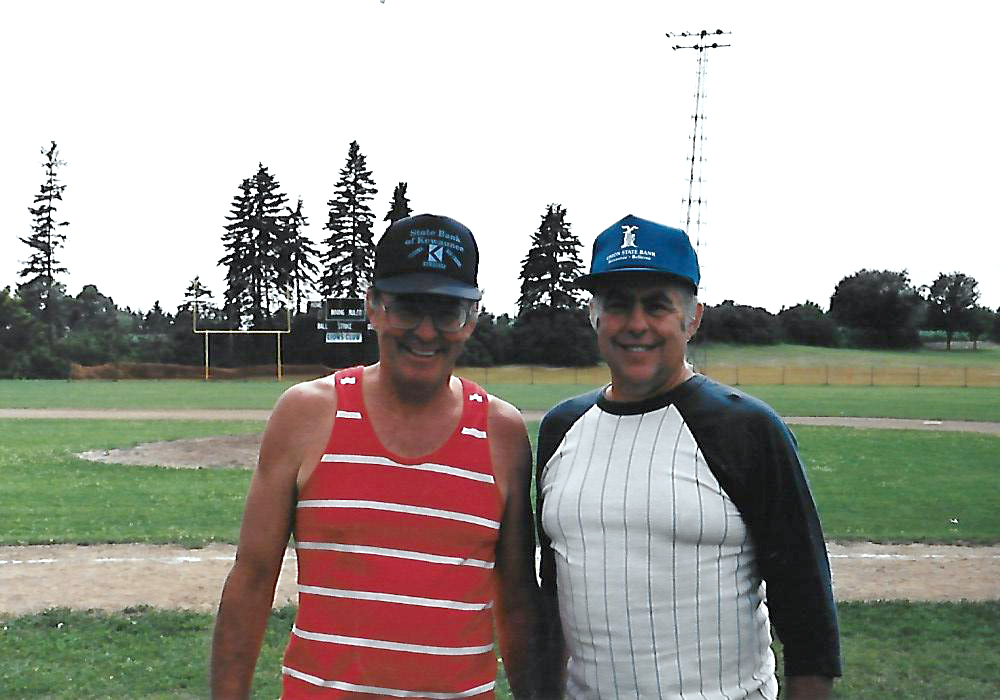 Bob was the elder statesman of the team. He began his Chiefs career in 1955 at the age of 17. After playing 12 years, he stepped away to allow the younger players to play until Jim Doden appeared in his yard one day.

“I was cutting the grass and Jim comes up here and he says, 'Hey, we only got eight players, you wanna play?',” Bob recalls. “This was about six weeks into the season, and I hadn't had a bat in my hand for over a year... I said ok. I'll cut grass tomorrow.”

Hitting from the nine-spot, he got a few hits, and stuck with the team for a while longer.

“I got two, three hits that game...and I got the fever, so I played another [ten] years.”

“[I admired] how well the Chiefs played as a team. It was truly a hometown team with the vast majority of the players coming from Kewaunee.”

In 1972, after his junior year in high school, Paul was asked to join the team.

“I was never so happy in my life when I was asked...to play with the Chiefs.” 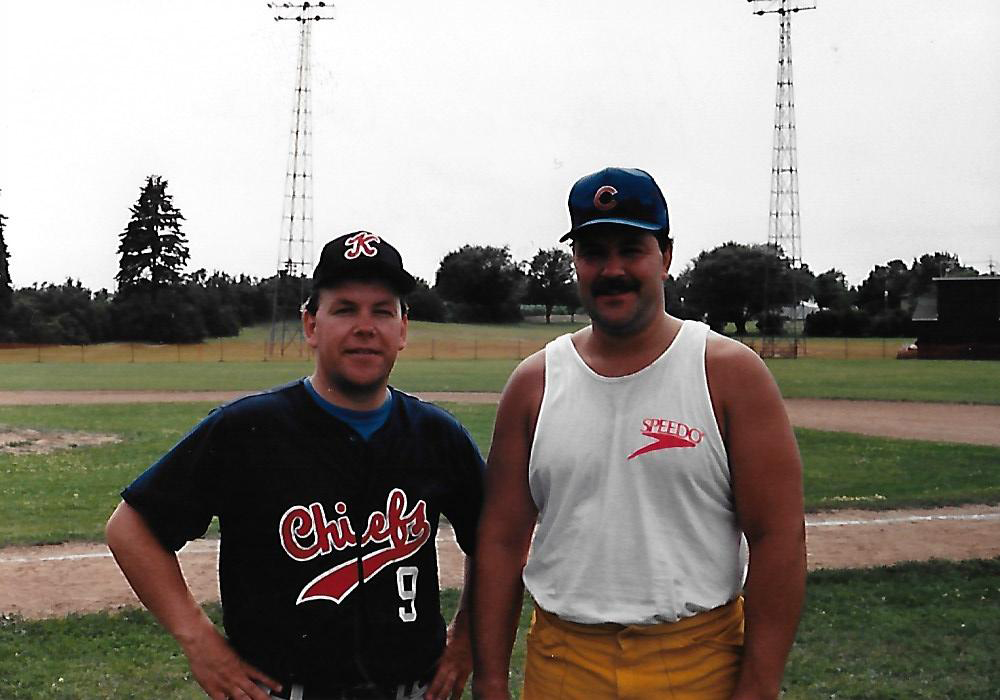 Kewaunee's 1972 season kicked off with two exhibition game wins against Institute and Freedom in May. Their Shoreland League slate began with a win over the Two Rivers Cubs followed by a loss to the Two Rivers Bears five days later. The Chiefs next loss to a Shoreland team would not occur for over 12 months.

The first half of the Shoreland season featured two exciting road wins for the Chiefs. On June 16, Kewaunee and Manitowoc went 13 innings before the Chiefs came away with a 4-3 win. On June 23, Kewaunee was trailing Howards Grove 7-2 after six innings before scoring two runs in the seventh and five runs in the eighth to pull out a 9-7 victory.

Kewaunee and the Two Rivers Bears finished the first half tied with identical 6-1 records. A playoff game between the two teams would be played after the second half to determine the first half champion.

On August 8, Two Rivers came to Kewaunee for the first half championship playoff game. With Bruce Parkovich on the mound, the Chiefs bested the Bears and their ace pitcher, Denny Hrdina, by a score of 10-3. Now having won both the first and second half championships, Kewaunee was crowned the league champions, the first under the Shoreland League name. The Chiefs’ Pete Rohr also won the league batting title that year. 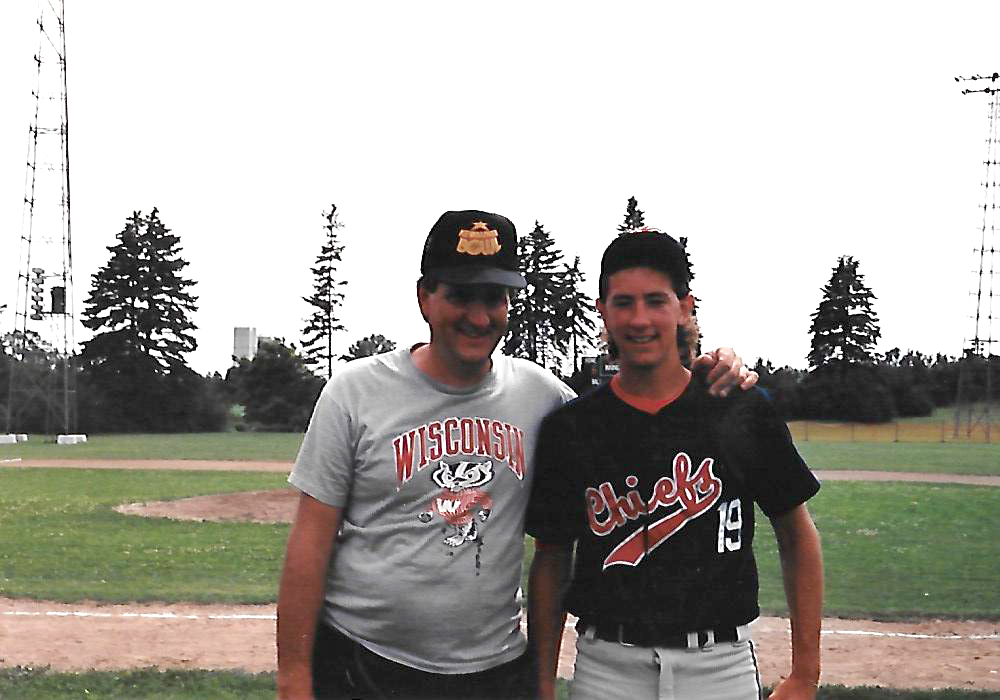 Looking to defend their title, the 1973 Shoreland League setup provided an interesting challenge for the Chiefs. Instead of two halves, the season was divided into three “rounds” and the playoff format would be determined by how many different teams won rounds.

Kewaunee won round one, with an undefeated 6-0 record. Of those wins, two were of the come-from-behind variety. The first was in the season opener on June 1 against Algoma. With Algoma's Pat Zettel pitching a one-hit shutout, the Chiefs entered the ninth inning down 2-0 but Kewaunee put up four runs and won 4-2. The other, on July 4, came against Cleveland.

During round two, Cleveland avenged their July 4 loss to Kewaunee with an 11-10 win on July 22. That loss put an end to the Chiefs 17-game Shoreland League winning streak, dating back to the previous season. Kewaunee finished the round with a 6-1 record, tied with Howards Grove, which set up a tiebreaker game between the two teams after round three.

Algoma won round three by going 6-0. Kewaunee finished in second place at 4-2.

On August 22, the Chiefs traveled to Howards Grove to play for the round two championship. Kewaunee won the game to set up a best-of-three series with Algoma for the Shoreland League title. Due to the location of both cities on the banks of Lake Michigan, the series was dubbed “The War on the Shore”. 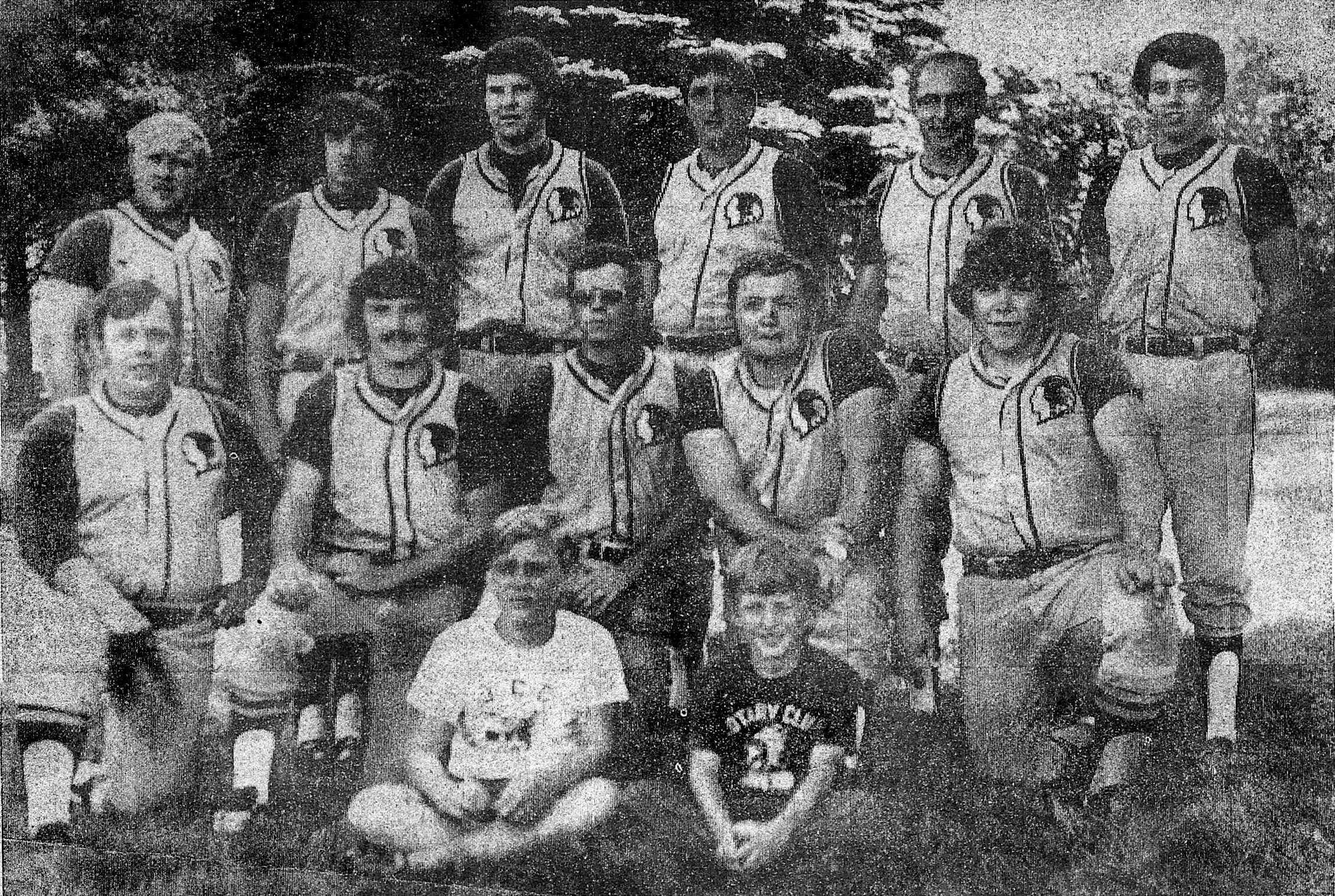 Game one was played in Algoma on August 26. The Chiefs’ Roger Wanek outdueled Mark Wautlet by a score of 3-1 and Kewaunee took the first game of the series.

In game two, Kewaunee got the best of Pat Zettel again. With Jerry Keyes on the mound, the Chiefs roughed up Algoma's pitcher on the way to a 16-5 win and the 1973 league title.

No individual Chiefs won awards in 1973 but Jack Neubaurer finished second in MVP voting to the Bears’ Denny Hrdina.

When Bob's playing career reached 20 years, Jim surprised him with a “Bob Fameree Night” at the ballpark. The players had gifts for Bob and many of his former teammates were at the game. 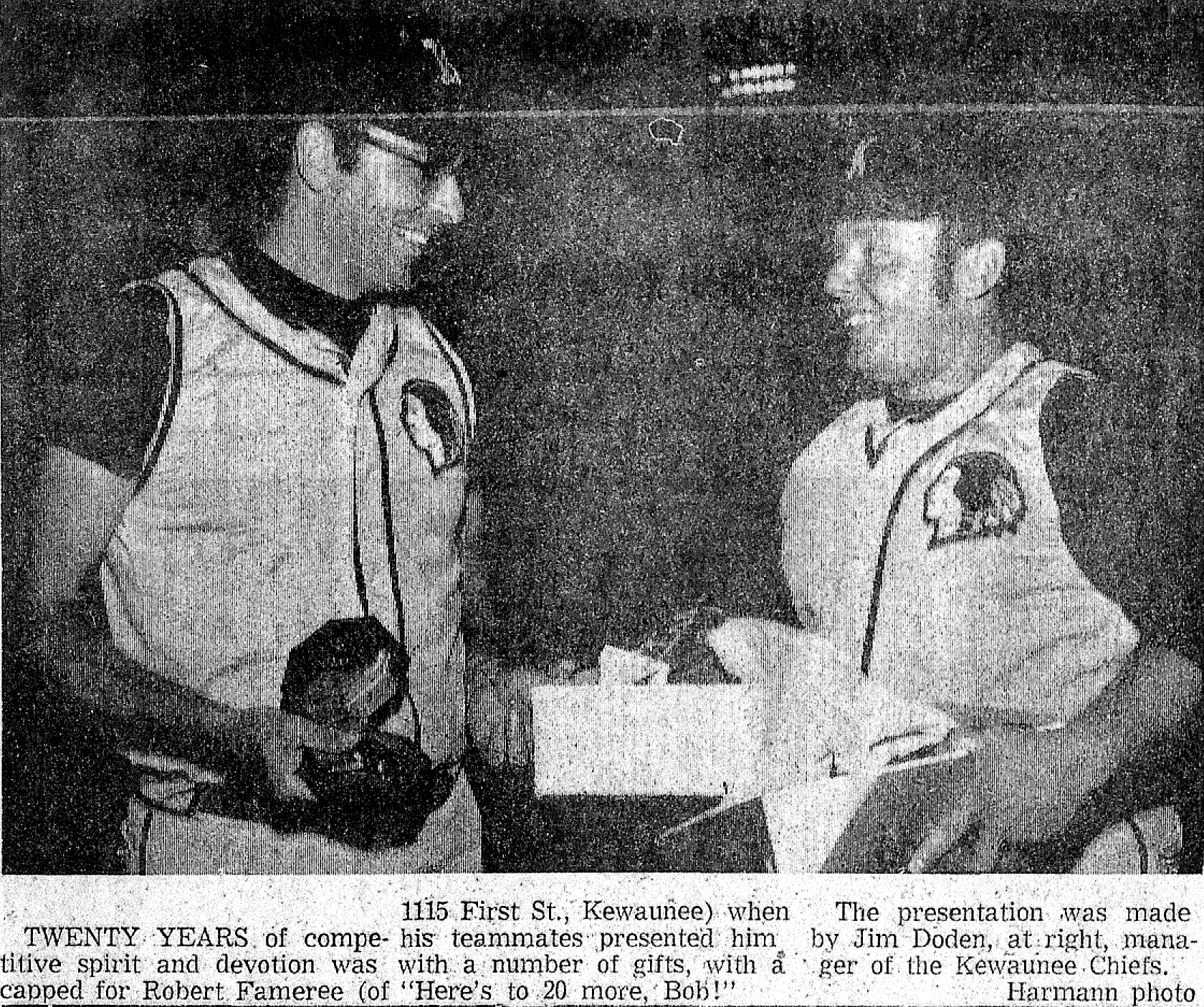 “I didn't want it, but Jim went out of his way to inform everybody to come. I looked and saw so many of my old [teammates] before the game and I thought what the heck are they all doing here? I haven't seen a lot of them in years...that was a pretty nice honor that Jim did for me.”

Jim would pass his manager and GM duties on to Paul in 1976 and Berkovitz recognizes the efforts of his predecessor.

“I can tell you without Jim's dedication and hard work as the player/manager/GM, it might never have been.”

In 1992, Paul retired as a player and on-field manager and handed the reigns to Jason Stangel but he remained the GM until 2000.

Player after player remembers the great friendship and camaraderie among the Chiefs, which continues to this day. Only one member of the team from those years has passed away and the remaining members still have a yearly reunion to reminisce. Many were on hand on June 30, 2019 as Jim Doden was inducted into the Shoreland Baseball League Hall of Fame before a Chiefs game at Memorial Field. Even now, four decades later, the team showed up to support their former manager and teammate. 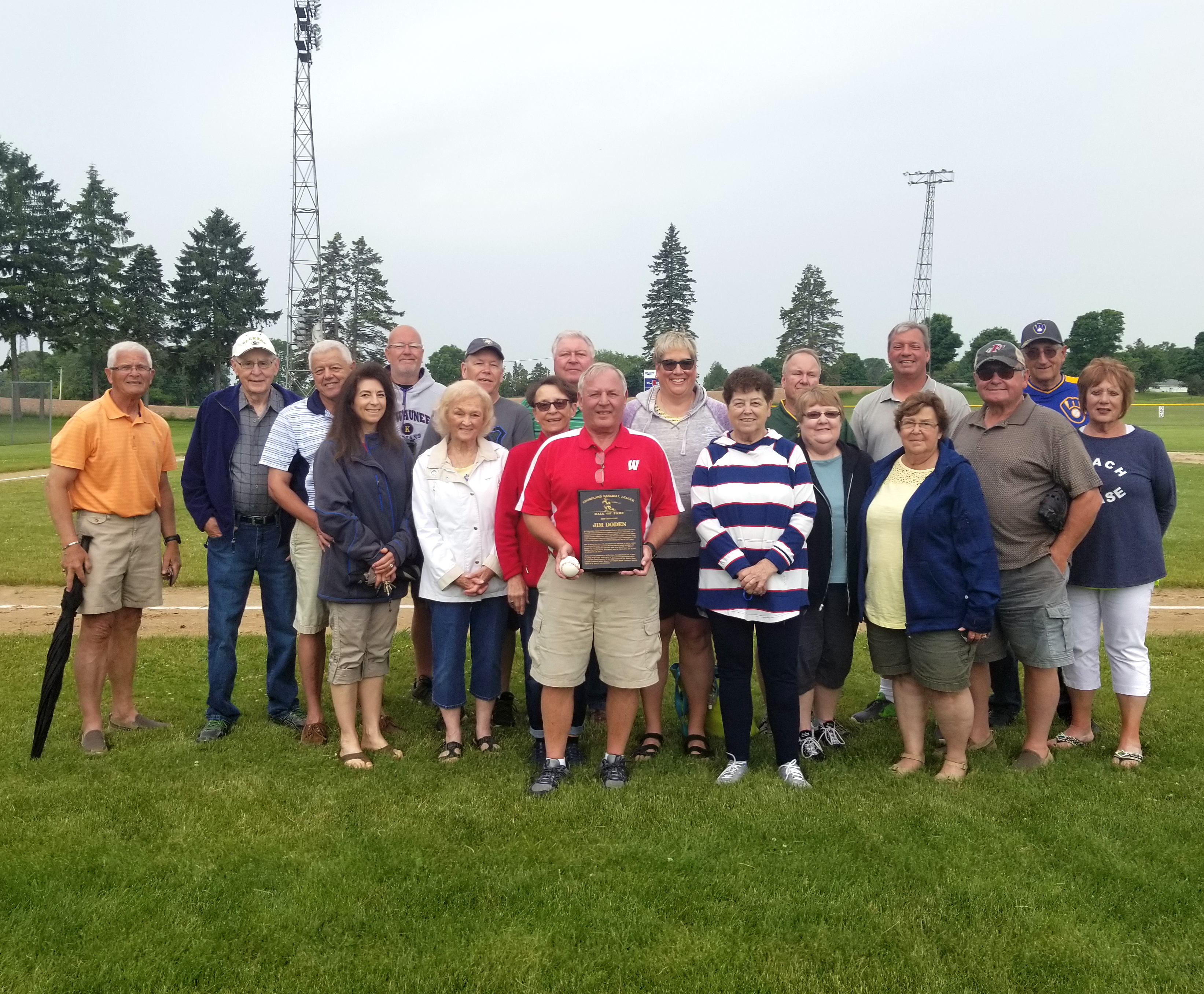 Trophies become old and tarnished and even photos become faded or lost in the bustle of life. However, memories survive for as long as those who were there can share them. For Jim Doden, Paul Berkovitz, Bob Fameree, Bill Shaw, and the rest of the men who wore a Kewaunee Chiefs jersey along with them, those memories will survive as long as they are still able to get together and relive them with each other.

Perhaps, the words of Bob Fameree best sum up those memories for many of these men: “Those years I spent with the Chiefs, were the best damn years of my life.” 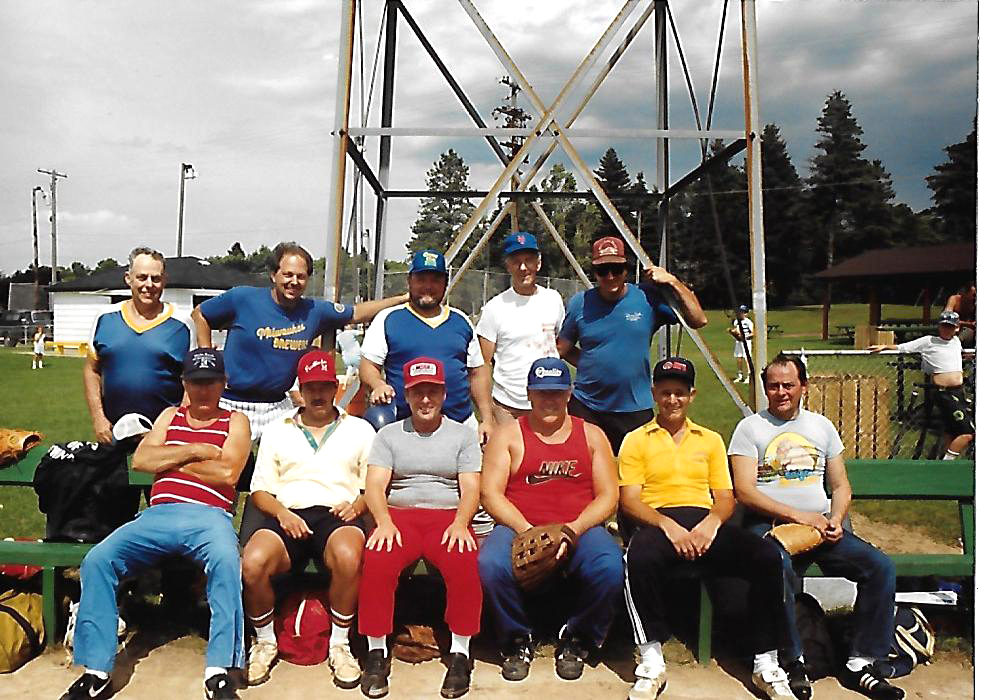