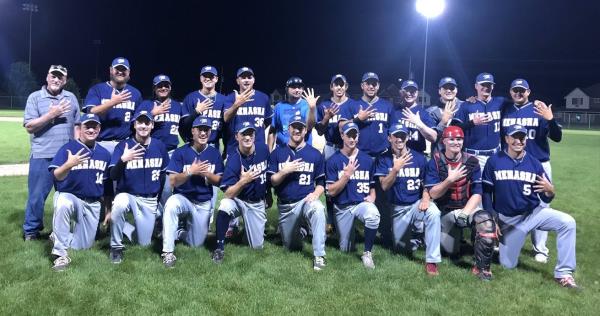 APPLETON - The Menasha Macs made it five in a row Friday.

The Macs finished the season with a 24-12 record, while the Legends finished 29-10 overall.

Langdon scattered five hits in his shutout. He struck out eight and did not walk a batter.

The Macs broke the scoreless tie with a run in the top of the sixth inning. Colin Englebert singled, went to second on a bunt and scored on a single by Griffin Jack.

The Macs made it 2-0 in the eighth when Englebert hit a double and came around to score on a single by Adam Grambow.

Menasha closed out the scoring in the ninth. Steven Jacobson singled, went to second on a bunt by Alex Duros and scored on a single by Ty Myers.

B.J. Chase took the loss for the Legends. He pitched seven innings and allowed just one run on four hits.

The Legends and the Macs tied for the regular-season league title with 14-5 records. The Legends were the No. 1 seed for the playoffs based on their 3-1 record against the Macs during the regular season.